A retired baker and pastry-maker, André Bouin has plenty of time to show visitors around one of his favourite parts of Calais – the port. And he already has a good idea of where he’d like to take them. “I’ll arrange to meet them at the Café du Minck, which is right next to the fish market. From here, we’ll head to the end of the jetty, and then finish the visit at Fort Risban – I’ve got lots of information on the fort.”

Opposite, the fishermen’s huts sell fresh fish every morning, allowing visitors to buy a gastronomic souvenir of their visit at the end of the tour. “This is where the so-called “no passports” (British visitors who would come over for the day) used to arrive. They were supposed to leave in the evening, but some of them would have too much to drink and would miss the boat back!”, says André with a laugh.

Further along, the arrival and departure of ferries from England brings life to the port. Eleven million passengers travel through Calais every year. “I’ve got photos of the eastern dock (named after President Henri Ravisse) being built in the late 90s, when I was involved with the local Chamber of Industry and Commerce.”

The baker knows the area well. His mother was born in this district, which was once the fishermen’s quarter and which is known as the Courgain Maritime. “I remember when General de Gaulle came to take a hovercraft ride in 1966. These boats were small to begin with and only took 30-40 passengers – they would get really tossed about on the waves!”

This impressive craft has not been in service since the year 2000, but it has an interesting history. André finishes with the local saying: “If you can see the English coast, it means it’s going to rain. If you can’t see it, then it’s already raining!” 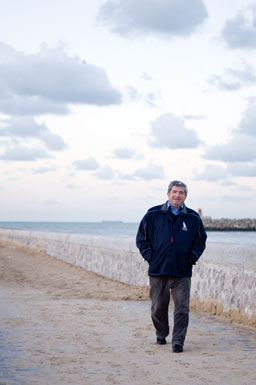 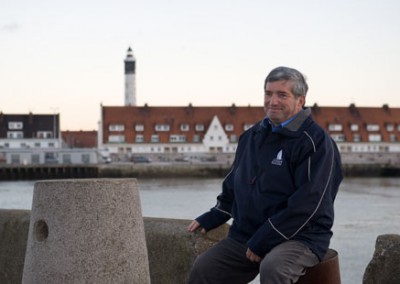 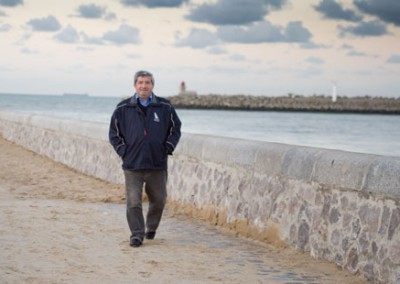