“When friends come to stay, we always take them out to show them the area”. André Laurent approaches his role as a Greeter in the same way. This warm, cultured man lives in the famous little town of Vimy. Most people will have heard of the evacuation of the town which took place in 2001, but the story is worth repeating: “Shells and bombs stockpiled outside the town had to be moved because they started to leak gas. We had been warned that morning by the fire brigade, who went from house to house with the news. We had to leave our houses by 7pm, not knowing when we would be able to return.”

The experience was truly surreal. “The roads were deserted and there was a line of cars leaving the town. The army came to block the entrance to the town to prevent looting. Old people refused to leave, the cows had to be evacuated…” It was not until a full week later that André Laurent was allowed to return home!

The scene will certainly have reminded many of the war. Vimy is famous for its Canadian memorial. During the First World War, the French and Canadian armies fought together to push the Germans back. “The memorial is obviously a major sight, but there are also other things to see and do here, such as walking across the Pinchonvalles slag heap.”

The slag heap is 110m high and extends over an area of 75 hectares. It’s amazing to see how the surface of the heap has greened up. The black schist, which conserves heat, and the remains of the coal, which is still burning slowly, have attracted a flora and fauna more usually found in the south than the north, such as orchids and lizards. “I’m originally from Avion, so I remember when this slag heap was mined.” This man-made hill, situated between Avion and Liévin, can be crossed in an hour and a half. So why not have a go at climbing to the top of this strange mountain? 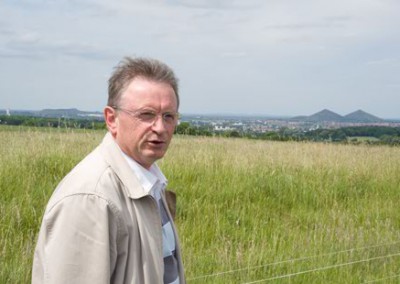 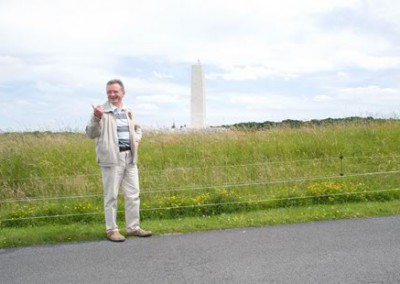