Born in South Africa, Annie Walgraef-Provoyeur chose to settle in Coquelles twenty-two years ago. “Coquelles is a quiet little village, not far from the town. And yet it’s known all around the world!”

In order to explain where Coquelles is situated, all you have to do is mention the Channel Tunnel. The idea of a tunnel was first mooted in 1802, although it was not until 1994 that the project finally materialised. “A tunnelling machine named Virginie dug out the service tunnel near one of the roundabouts in Coquelles.” Annie even knows how this enormous strange-looking tube works.

During a pleasant walk towards Les Noires-Mottes, from where much of the Calais region and the English coast can be seen on a clear day, Annie happily tells visitors about the opening of the tunnel which was celebrated by a memorable firework display. The visit finishes at the Maison du Transmanche at Mont d’Hubert. Here no detail concerning the tunnel’s construction is spared, from the first handshake under the sea to the completion of the 50km tunnel, 38km of which were bored through the white, grey or blue chalk. Then it’s a short stop at the restaurant on the top of the hill, where there’s time to contemplate the wonderful view and the achievement of this crazy project. The restaurant, Le Thomé de Gamond, is named after the engineer and geologist who dedicated his life to researching the best way to link France and England.

Of course, Coquelles has a much older history than this, which Annie is gradually learning over the years. Old Coquelles and its cemetery, the ruins of the monastery, the curiously named “des Veuves qui aiment marcher” (the widows who like walking) footpath, the restored windmill…these are just some of the anecdotes which the South African likes to relate to visitors. And which she does just as well in French as in English. 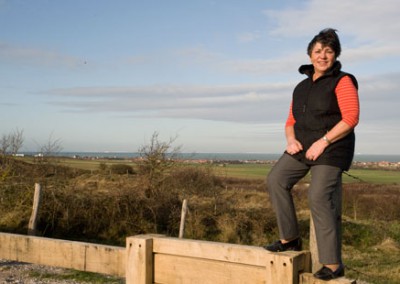 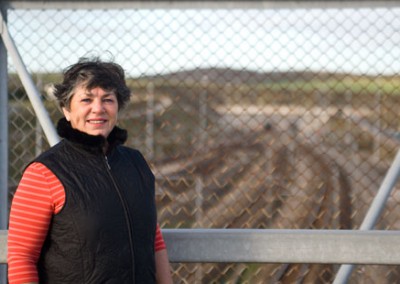 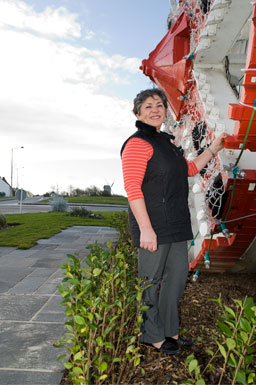 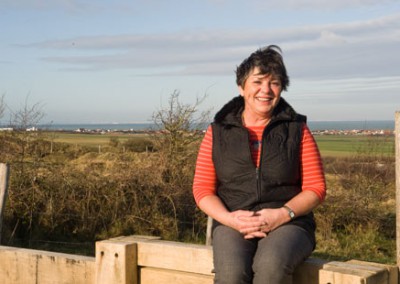 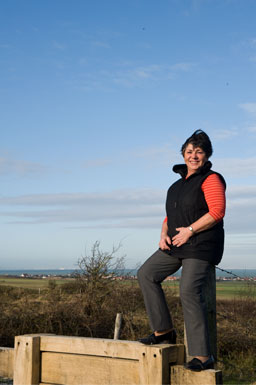 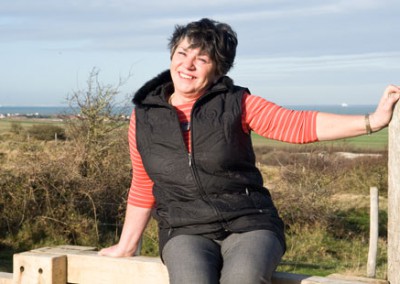 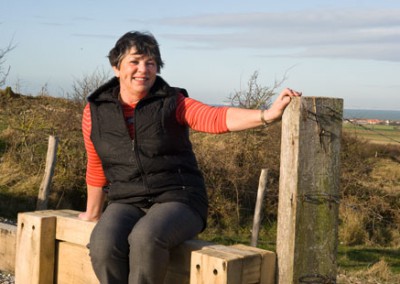