The expert of Mazingarbe

Bruno Neuville is known as the White Wolf of the Mining Basin. Cultivated and with a deadpan expression, he’s a real expert on the history of Mazingarbe. It’s hard to trip him up! Head of Cultural Development by trade, he focused his attention on this little commune of 7,500 inhabitants that sits beside Bully-les-Mines. Thanks to the Mazingarbe Historical Committee, of which he has been a member for 20 years, he has uncovered some juicy stories that he loves to recount during his walks.

Mazingarbe may be a modest little place, but it has no shortage of great stories to tell. « It has managed to retain a rather rural town centre », Bruno stresses. « This town is not very well known, although it has quite a few highlights such as the Château Mercier and its park, artesian farmhouses, little chapels that are listed as Historic Monuments… »

The Château Mercier really is a fine source of inspiration! Listed in 2010 and now the fiefdom of the town council, this château once belonged to Louis Mercier who held no fewer than thirteen positions! Managing Director of the Béthune Mining Company, member of the administrative council of the Nord Railways Company, administrator at the Forges de Strasbourg… He had tropical greenhouses built in the park. That was 1905! Around a hundred or so people maintained the park, which was far bigger at the time. »

This man with such a long reach is practically part of Bruno Neuville’s life, but he also enjoys talking about the sweating sickness and the protection of Saint-Hubert, as well as the altarpieces of Flanders, if you so wish! 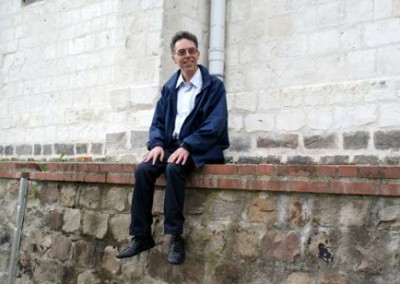 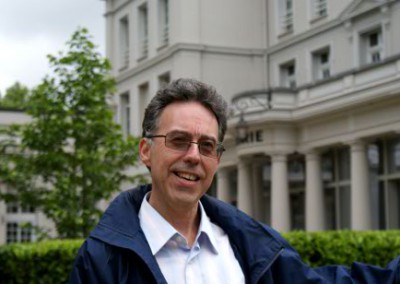