A pianist with a big heart

His fingers flit across the piano with breathtaking precision and finesse. Henryk Witkowski is a professional pianist but is « still learning, for eternity! » in the words of this kind man who lives in Marles-les-Mines.

His grandfather was Polish. His father was born in Germany and arrived in France aged 12. « At the end of the First World War, nobody in France wanted to work in the mines. Poland, which had just won its independence, offered up its people to France who needed the manpower. A contract between the two countries was signed that led to 500,000 Poles arriving in France between 1920 and 1930. »

Henryk, son of a miner, remembers this time well: « My father had to head down the mine aged 12. » That’s how it was. Parents who refused to accept this obligation were escorted back across the border. « He worked in the depths of the mine for thirty seven years, although he had a real talent for music », Henryk continues. His father played the violin, the saxophone and the clarinet. « He had a marvellous voice. We lived in a two-room house and he was always playing something. » Henryk grew up with music and he inherited his father’s talent. He tells us: « At that time, Boulonnais horses used to pull the carts. A horse that went down the mine would never be able to return as it would go blind. »

The Coron mine worker’s towns, the mining past, Polish immigration, the church of Saint-Stanislas, the legend of the Knight of Maison-Rouge and the headframe at Marles-les-Mines are just some of the fascinating subjects that Henryk knows so well. If you pass a piano during the course of your visit, music lovers should ask their Greeter to play them a waltz by Chopin. It’s a real delight. 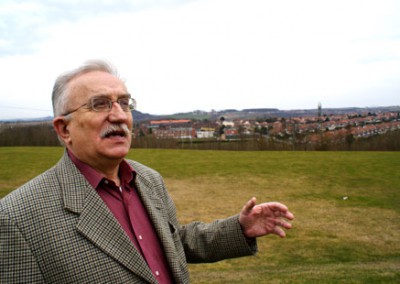 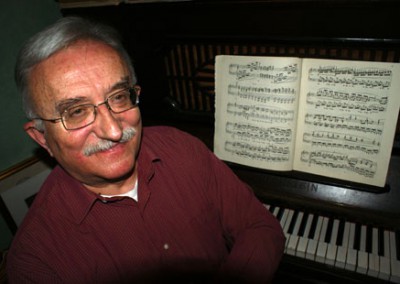