From the cellars to the bell towers

Welcome to the homeland of Jean-Pierre Gueulle. Originally from Boulogne, working in Saint-Omer and living in Béthune for the last ten years, this man who is passionate about history has taken a particularly keen interest in the history of the region.

« Béthune was razed in 1914 and the bell tower, three quarters of it having been knocked down, also had to be rebuilt. » The town may well have been destroyed but its history is still brimming with major events and curious anecdotes. « Have you heard of Les Charitables? »  No. Well that quirky story is a good place to start.

Jean-Pierre tells us that the story of Les Charitables de Saint-Eloi began in Beuvry with the great plague of 1188. « The bourgeois of the time decided to establish a confraternity, Les Charitables, who offered free burials to all. This confraternity was essentially amateur, but became professional and still exists to this day in the form of an association. It still allows people to be buried free of charge, rich and poor alike; offers condolences to the families; provides services. »

The confraternity survives thanks to donations. Faithful to the traditions of the XII Century, Les Charitables wear a black frock coat, trousers and bicorn hat. « They always travel in pairs, never alone. Depending on the status of the deceased, they attend the funeral in larger or smaller numbers. »

Jean-Pierre can also lead you into the vaulted cellars of the city, to the bell tower, to the peaks of the slag heap or out along the canal. His personal highlight: the Chartreuse du Val-Saint-Esprit, transformed into a renowned hotel-restaurant. And for those who love crime novels, Jean-Pierre has some sombre tales to tell that are sure to satisfy their curiosity. 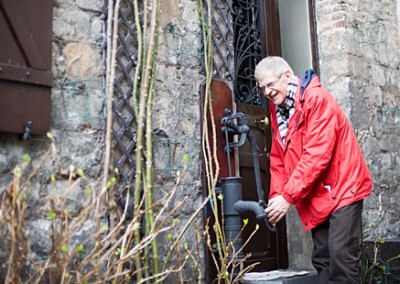 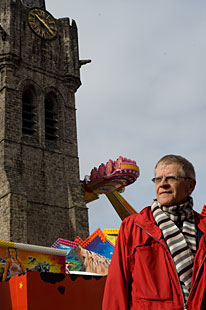