On the remembrance trail

The story of Fiefs is quite extraordinary. This small village of 402 inhabitants was particularly badly affected by the Second World War. « More than 4,500 bombs fell here in 1944 because there was a launch pad for V1 rockets at Fiefs » recounts René Choquet, a Greeter and the mayor of the village. The mayor’s office, church, school, château, reception hall and 30% of all homes were destroyed… »

Its buildings were later rebuilt in the contemporary style. The church, built from Baincthun stone and decorated by renowned artists, is well worth the detour. The V1 launch pad has been restored and a block house has been faithfully reproduced, allowing us to better understand the strategic significance of this village during the last war. The formidable V1 rockets could reach London in 22 minutes, which explains the impressive hail of bombs dropped here by the British Army in 1944. « Fiefs is one of the highest points of the Vertes Collines, which is why the Germans set up the launch pad here. »

René Choquet offers a lovely walk along the remembrance trails, but much more besides. The arboretum deserves a second look, as do the countless gardens that dot the area, such as Sculptures & Jardins in Bergueneuse. René is also an enthusiastic horseman: you could arrange to trot out with him to explore the still rather underappreciated heritage and nature in this part of the Ternois. 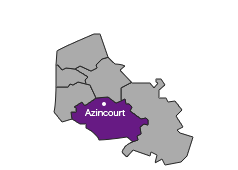 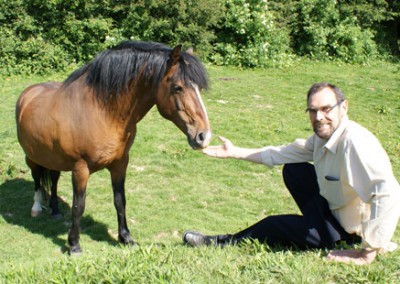 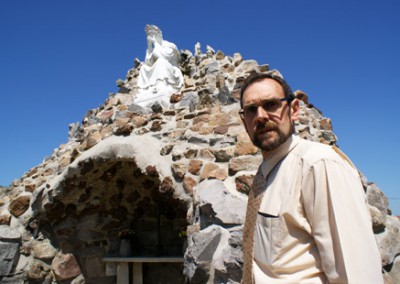 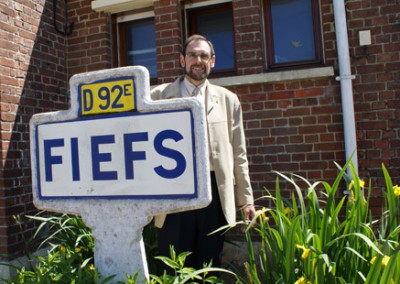